When I was reading about Portugal, I came across many pictures of houses and churches decorated with beautiful tiles, called azulejos. Because I wanted to learn more about the art of these azulejos, I decided to visit the Museu Nacional do Azulejos in Lisbon, where you can explore the history of the art of painted Portugese tiles. 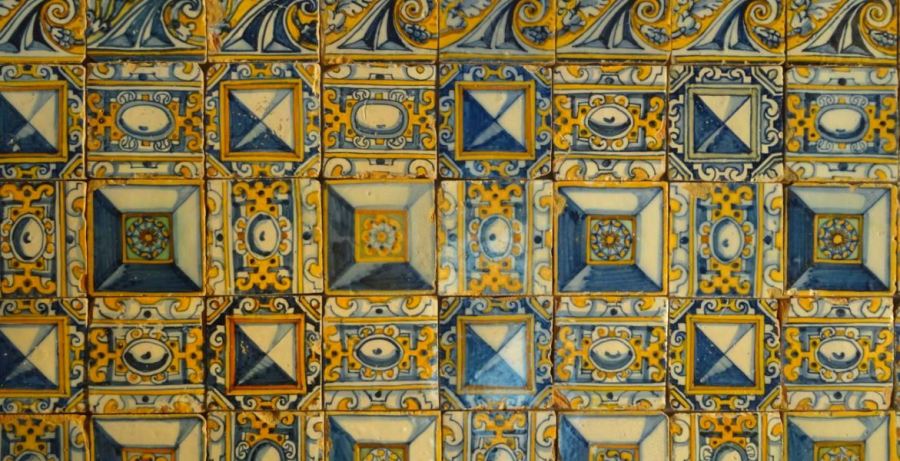 Getting there was already quite an adventure. The museum lies a little outside the city centre, so we went there by bus. After waiting for the bus for almost half an hour, it finally arrived and luckily, it was air-conditioned (it was about 35ºC outside that day). We accidentally missed our stops and we only found out when we were too far away to walk back. The bus driver advised us to drive with him until the end of the line and then we would go back. So we did, but it lasted almost an hour before we were back where we had to be. Oh well, we just thought of it as a bus tour for only €1,80 per person. We even saw the Vasco da Gama bridge from the bus, the longest bridge of Europe! 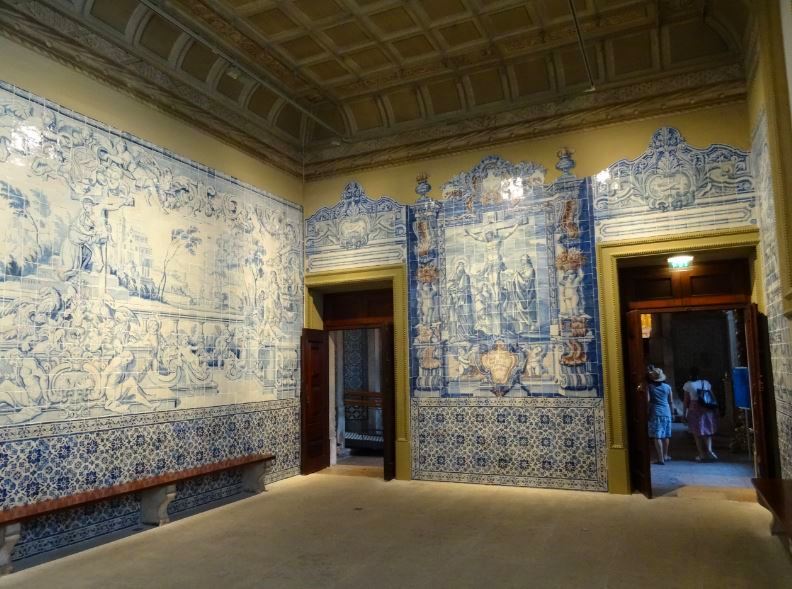 We had lunch when we finally got out of the bus in a small restaurant with only locals in it, who looked at us funny. The menu was only in Portugese and the waiter didn’t speak English either so it was kind of a surprise what we would get, but in the end, it was a good lunch. 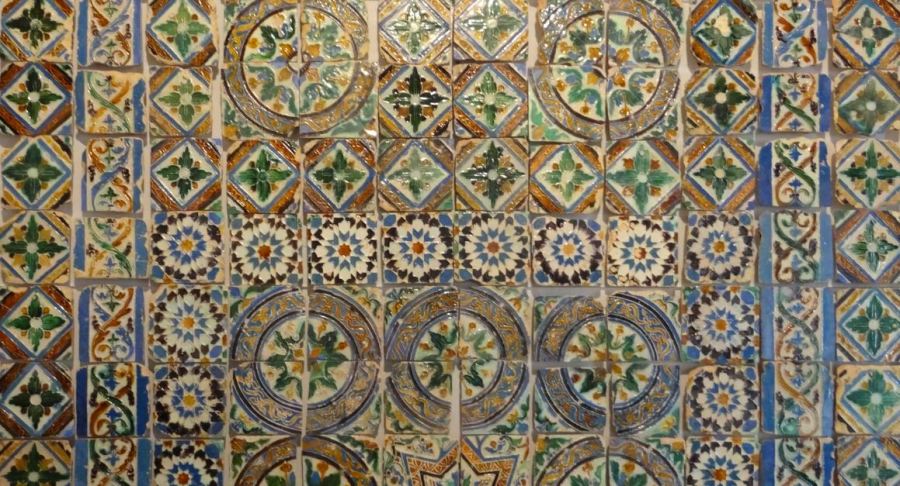 The artworks were arranged in chronological order. From the 13th century, azulejos were used in Portugal for pavements. The tiles often had plain colors and were arranged in geometrical shapes. From the second half of the 15th century, these tiles got more complicated shapes and they got more patterns painted on them. From the early 16th century, the azulejos were also used to decorate walls. These patterns on the azulejos were for a great part based on Islamic examples. We see for example the horror vacui aesthetic, which means that every empty space is filled up with patterns and figures. 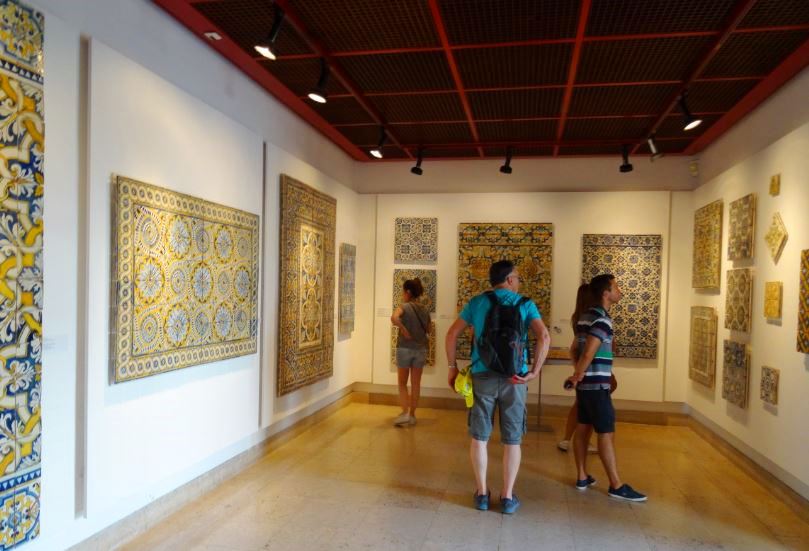 Throughout the 16th century, the Islamic motifs were gradually replaced by more European motifs, like animals, plants and references to Gothic and Renaissance art. Since a large part of the orders for Portugese azulejos were made by the church, the themes for some of the first azulejos paintings were often religious. These small panels with saints and religious scenes were made by painters with no academic training. The church commissioned a lot of patterned tiles as well, since the tiles could cover entire walls of the church interior. 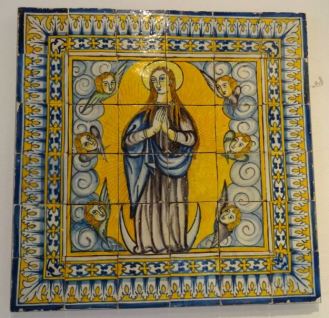 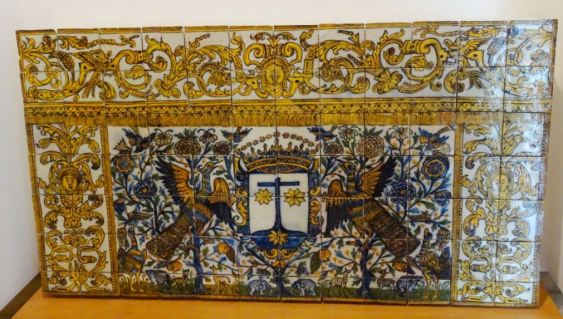 Also in the 17th century, Lisbon began producing azulejos with birds and foliage, inspired by Asian textiles. These patterns had a symbolic meaning that was associated with the Ressurection, so these Asian patterns were often painted on church altars. 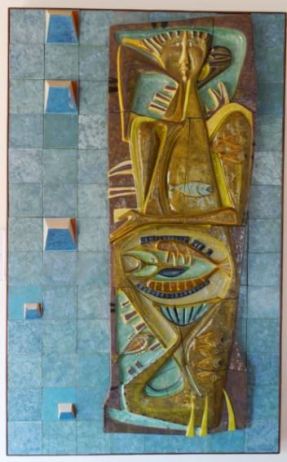 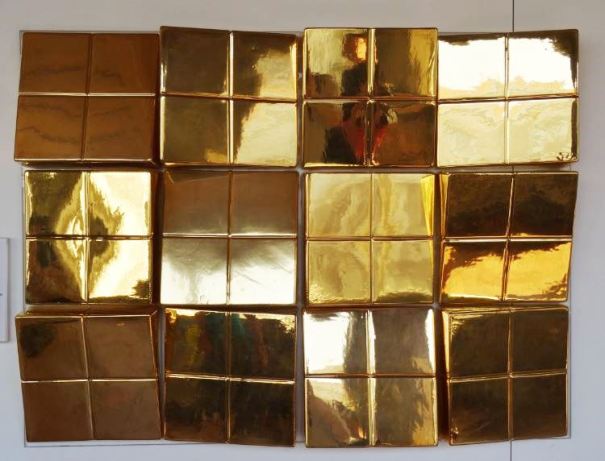 Portugese tiles are not just something of the past. Even some modern artists use azulejos to create new masterpieces. 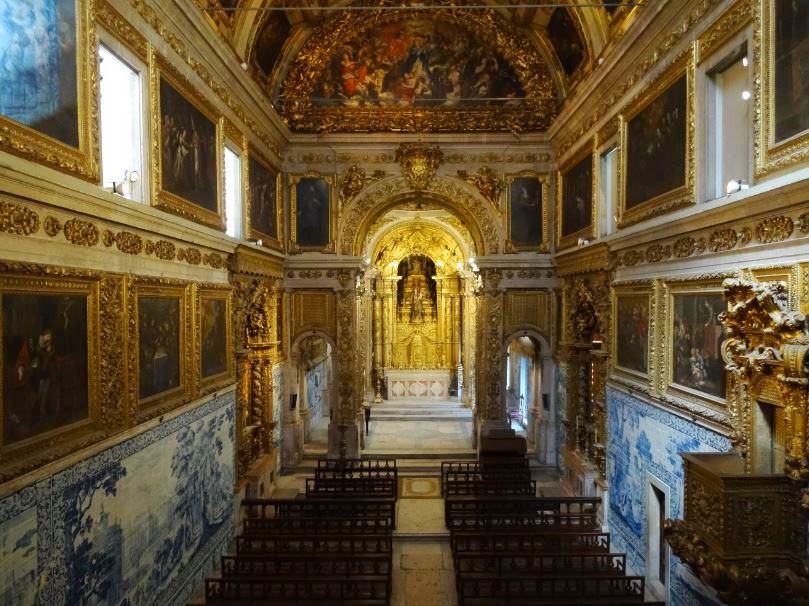 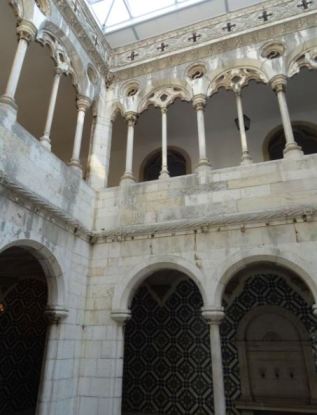 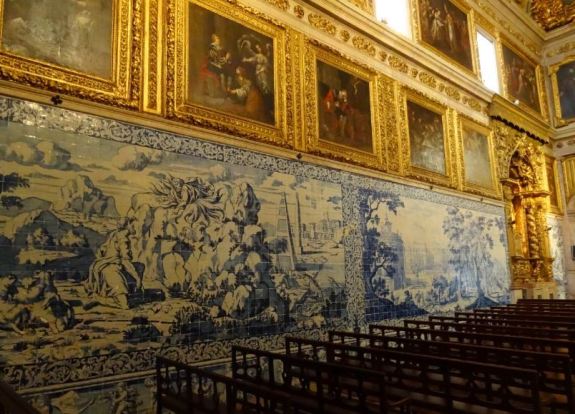 A highlight in the Museu do Azulejos is the complete church interior inside the museum, where you can see huge biblical scenes painted on azulejos. There is also a big panorama of Lisbon from the 17th century painted on azulejos on the top floor and there’s even a small cloister inside the museum, decorated with azulejos. Walking around here was amazing and it was totally worth the trouble of getting there.

Travel plans for the next half year

On a scary bus trip to see the Varna cathedral – Varna, Bulgaria

12 thoughts on “The art of Portugese azulejos – Lisbon, Portugal”

Hello there! My name is Melissa and I'm a Dutch art history student who loves to travel. On this blog, I will combine my passion for art history, traveling and photography to write fascinating stories about all the beautiful things there are to see in this world!